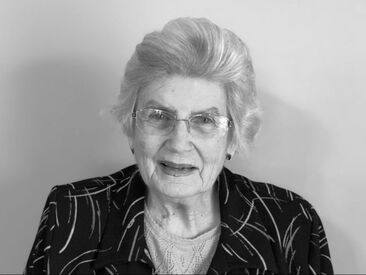 Connie Maxwell
"As a new bride in 1958, I sailed on the Queen Elizabeth from New York to France so that I could be with my husband during his service as a U.S. soldier in France. At the Army Education Center in Toul, France, I taught two classes: one for U.S. soldiers who had not finished the eighth grade, and another for men who had not finished high school. Afternoons, I served as a counselor helping soldiers enroll in college-level correspondence courses. The Army transferred my husband to several different places in France, but at each location I continued to teach soldiers.

"In the beautiful town of Orleans, our daughter Lillian was born. After returning to the U.S., I taught mathematics and science courses for the army at Fort Rucker, as well as for high schools and in community colleges in Mississippi, Alabama, and Georgia. My favorite subjects were chemistry and physics.  While teaching these courses, I also attended school, sometimes by correspondence through universities in Georgia, and sometimes by attending classrooms in Troy University and in the University of Southern Mississippi. In July 2000, I took the course Project Lava in Hawaii. Mornings involved classroom study, and afternoons took us on walks to see the many interesting features of the active volcano. Leaving Hawaii, I flew to Bangkok, Thailand, where I taught chemistry in a high school for advanced students. The
following summer I went back to Thailand to teach again at the same school.

"My last few years of teaching were spent at Regents School of Oxford. Besides teaching courses in chemistry and physics there, I also prepared written directions for kindergarten and first grade teachers to use in their classes.  Once a week I drove to their building and dropped off the necessary lab supplies.
In retirement I teach correspondence Bible studies to prisoners in several states."